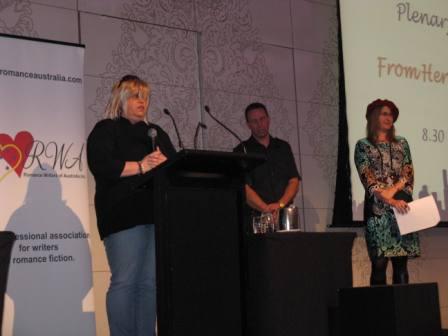 Volunteers for the Charity Fund braved the Hilton Hotel on Sunday to sell raffle tickets and were overwhelmed by the warmth and generosity of the attendees at the Conference. On top of the money raised through the Raffles and a Silent Auction, Harlequin Mills and Boon Australia donated a further $5,000 making a total of $15,000 for the Otis Foundation.  Tracey Anderson, the wife of one of Charity Fund’s Board members, spoke to the gathered writers about the importance of the Otis Retreats in her journey with cancer. Amanda Lonergan, spokesperson for Otis Retreats, says: “The Otis Foundation is so excited and thrilled to be the recipients of such a generous donation. I am sure having Tracey share her journey made a huge impact on the already supportive crowd and it sounds as though there wasn’t a dry eye in the house. Please pass on our gratitude to everyone who was involved.” Thank you to the Romance Writers of Australia and our volunteers for making such a significant effort to assist this Charity. 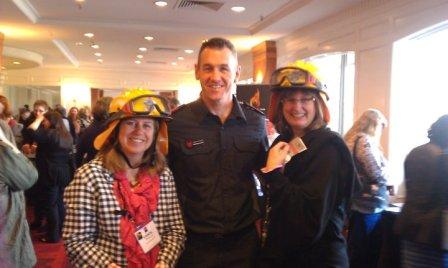 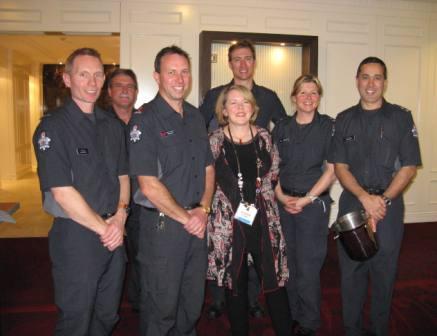 Any FRV employee can become a contributor to the Firefighters Charity Fund through our workplace giving program.